Nothing to laugh at: CERITRANS celebrates the voices of trans women – Lifestyle

â€œAs a ‘boy’ everyone considered a girl, I was often teased by other students, teachers and even people I passed on the street. They would call me a banci. Some of them whispered and laughed every time they saw me go by. Some were shouting something at me, then running away with a sneer. Some people bombarded me with stones, sticks or old beverage containers and food wrappers. “

Kanzha Vinaa’s voice is firm and firm as she shares this appalling episode from her youth – one of many – but the pain and soreness in her eyes is real. Sitting on a sofa, next to her a small table with a lit candle on it, she tells about her journey as a trans woman.

Kanzha is one of 10 trans women who participated in “CERITRANS – Trans Stories Transcending Borders”, a collaborative art project that brought together trans women from Greater Jakarta and gave them a platform to share their stories through prose, poetry and filmed performances.

CERITRANS was produced by InterSastra’s House of the Unsilenced series, an independent literary and artistic exploration initiative with the goal of creating a creative and inclusive society. The project was carried out in collaboration with Eliza Vitri & Infinity, an initiative introducing a method of collaborative creation based on writing workshops and a guerrilla dissemination of the resulting works; Sanggar Swara, a Jakarta-based school and community of trans women; Khairani Barokka, poet and disability justice activist based in the UK; and support from the British Council.

Bitter Past: Kanzha Vinaa remembers being ridiculed and abused by those who could not understand her identity. (CERITRANS / Courtesy of Rayner Wijaya)

â€œBy having trans women tell their own stories, we are overturning the tropes of representation and claiming a larger space for the artistic expressions of trans women,â€ she explains.

CERITRANS participants met regularly from March to May this year, participating in prose and poetry writing workshops to tell their stories in written form. Subsequently, their stories were edited, translated, illustrated and adapted for performance, with the help of InterSastra’s extensive network. Before filming their performances, the trans women participated in several rehearsals to improve their skills in front of the camera.

Throughout the process, a psychological first aid team was on standby to help and support the participants as they shared their traumatic memories.

For Kanzha, who is also the head of Sanggar Swara, CERITRANS was rewarding, necessary and long overdue.

â€œTrans women’s space for creative expression is increasingly limited and under attack,â€ she says, adding that research by Arus Pelangi in 2017 and 2013 showed that 92% of LGBTIQ people in Indonesia suffered violence, and of all these cases, 35% were experienced. by trans women.

â€œIn the media and popular culture, representations and creative expressions of transgender people are often suppressed or mocked,â€ she continues. “Through this project, I hope we can raise awareness of our cause so that other trans women are not treated the way we have been.”

Some of the films – which serve as a visual representation of what trans women have written – include song, dance, and drama, others are presented as a monologue or as an interview. Whatever approach the participants take, the films are extremely moving: from heartbreaking and emotional to humor. Most memories are painful, but some also include a glimmer of hope, a feeling of understanding and support.

Rere Suketi, a dangdut singer, recalls how she bowed to societal pressure and agreed to marry and start a family – but soon realized she couldn’t keep lying just to make it up. his parents happy. She decided to clean up. 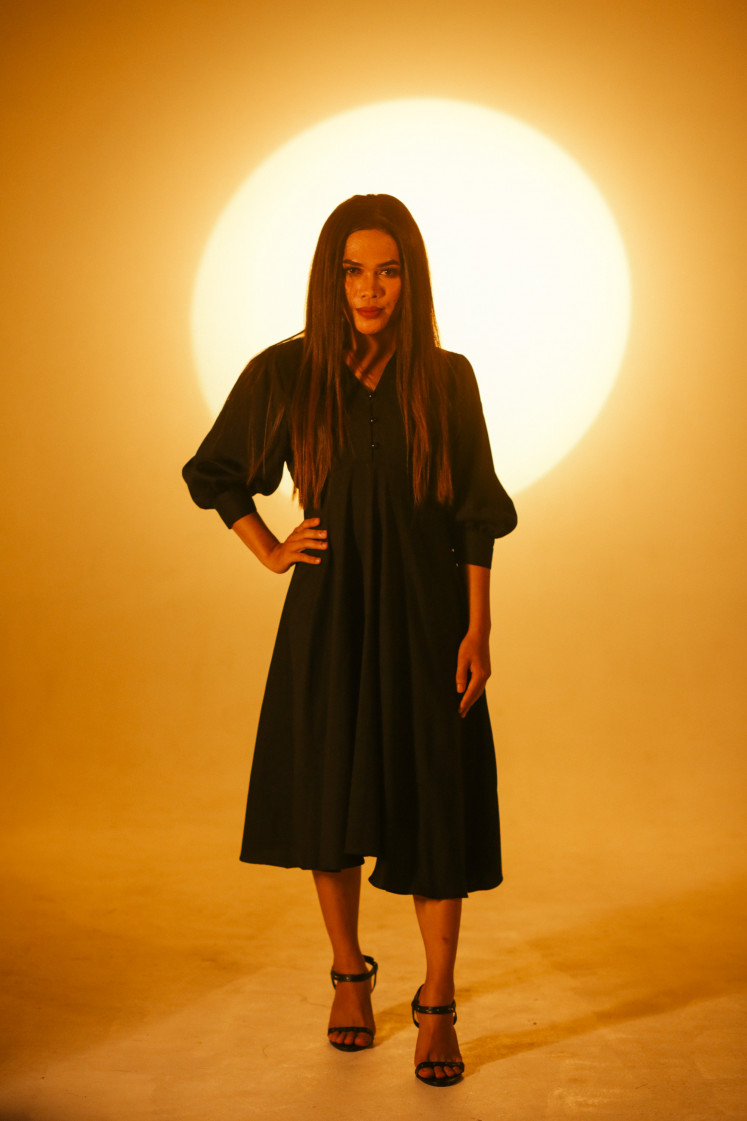 Telling Their Stories: Rari Rahmat, one of the CERITRANS storytellers, during the filming phase of the project. (CERITRANS / Courtesy of Rayner Wijaya)

Rere writes, â€œI really didn’t expect my mom to be so understanding. She, who initially wanted me to find happiness in marriage, was even more hurt to see her child alone in the face of his inner struggle. I never went back to my wife after that, even when she gave birth. Only my mother and father were at the birth. After the baby was born, my mother said to me, ‘Just divorce your wife. Don’t make it difficult like that. Have mercy on her. With my mother’s support, the divorce process began immediately. Once the letter was signed and the divorce was pronounced, I felt very relieved and free, like a convict imprisoned for decades who is finally released from prison. I cried, but with different tears: tears of happiness, tears of freedom.

Short synopses of the stories, equipped with illustrations and QR codes leading to the performance videos on YouTube, have been printed as posters and leaflets and are currently being distributed by a guerrilla team in public places in several cities of the United States. ‘Indonesia and the United Kingdom.

“We are experimenting with a new way to present the stories and artwork to a wider audience, especially to an audience that would not normally come to feminist art events or listen to the stories of trans women or others. marginalized people, â€said Eliza. â€œBy posting the stories in public places, the public can discover them while going about their daily activities – people can read the stories on the posters or see the performances on their phones. I believe in the power of stories to transform lives and nurture empathy across segments of society.

All the stories, poems and performances are available on the official Sanggar Swara website. Going forward, Sanggar Swara will add more stories and works and trans women to expand its digital library. Visit https://sanggarswara.org/ceritrans/ for more information.